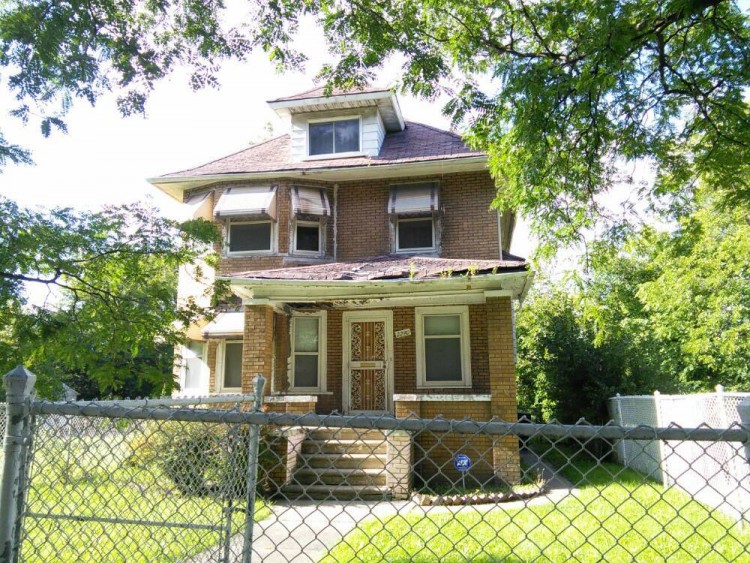 Ruth lives alone in a large house on Lamothe Street. There are no tricycles in her yard and no children in her house, but when I heard her story I knew she had to be a part of The Tricycle Collective. When I told her she would be receiving $500 toward the purchase of her house I said “I defy anyone to tell me that you don’t deserve it” and I stand by that.

Ruth and I have shared hours of conversation. Many times I have wished I could record what she has said to me so I could to share it with others but it was conversation not interview and it wouldn’t have been right. Instead I feel fortunate (or “blessed” as she would say) to have that experience all to myself.

We failed to save Ruth’s home in auction after the sale price rapidly soared from $500 to $5400. Ruth has accepted this as an opportunity to move into a home that will keep her warm in the winter and asked that her $500 from The Tricycle Collective be passed on to buy another family’s home. That donation made it possible for Portia to buy the home her and her 4 children live in.

This house has been a blessing to the Littleton family for over 50 years.

It’s home. I’ve seen the neighborhood change, I’ve seen people come and go, and through it all, it’s been home. My parents purchased this home so that they could have something to leave to their children and its been a journey, not necessarily a destination.

My father died in this house, but he died at peace. We learned to respect the neighborhood, the people. We learned that we were part of a community. We had bloc clubs, Halloween parties- the neighbors took care of each other. And once the stigma of blacks moving into a predominantly white neighborhood faded away people began to see and accept that people are people and it doesn’t matter about your color it matters about your character.

I used to walk to high school from here. I was able to graduate from high school because I grew up in an era where education was important. I grew up before financial aid. I grew up where you would go to school, your parents would work hard and help you and then you got a job and you paid for your education.

This house was deconstructed over 2 years ago. And God protected me form the people who came in and took things from here. And I can pray for them and not be angry because I serve a God who sees, knows, never sleeps, always is awake and takes care of the situation. So yeah, this is home, and this is my opportunity to make it not just home for me, but make it home for someone else, to share. Because that’s what we’re here to do, we’re here to share. I don’t have a spirit of fear. Cause God didn’t give me that. He gave me a spirit of power, love and a sound mind and all of it is dependent on my trusting Him.

The crux of being “behind,” not being able to pay my taxes, was not something I was taught. My parents paid their taxes, paid all their bills on time. I don’t offer excuses except that I was a poor steward. My father used to say “experience is the best teacher and a fool will learn in no other school.”

But I’ve been blessed. I thank God for the person that he put in my life that said “this is not an impossibility.” I’ve been blessed to be given another opportunity to get it right. Just to get it right. Not because of me but because of who I serve and who I belong to and who this property belongs to. And I will live at this address until one of two things happens: I will either make my transition here and the undertaker will take me out or the Lord will say “it’s time to leave” and I’ll move on to something else but for right now, this is home. And I have an opportunity because of the grace of God and the mercy of God to redeem this place.

Doors have been opened and I’ve walked through the door and I see not just a light at the end of the tunnel, I just see light. And I know that, whatever the outcome of this is, I still walk by faith and not by sight. God is the source, the resource, and I trust Him.

I’m grateful. I’m really grateful that you’ve given me an opportunity to just talk a little bit about Ruth. I’m in the book if anybody’s interested. You can find me between Samuel and Judges.

This is home. This is where I would like to spend the rest of my life. I don’t see any other place, any other city, that’s more important to me than Detroit. I was born here. People ask me “what is your favorite city?” “Detroit.” And that’s the truth, for me.

Wherever you chose to go, I’ll follow you. Whatever you chose to have me do I’m obedient to that. And I just trust you, and I love you and I pray for you Lord for you being the God of my life.

And that’s the end of my story for now.