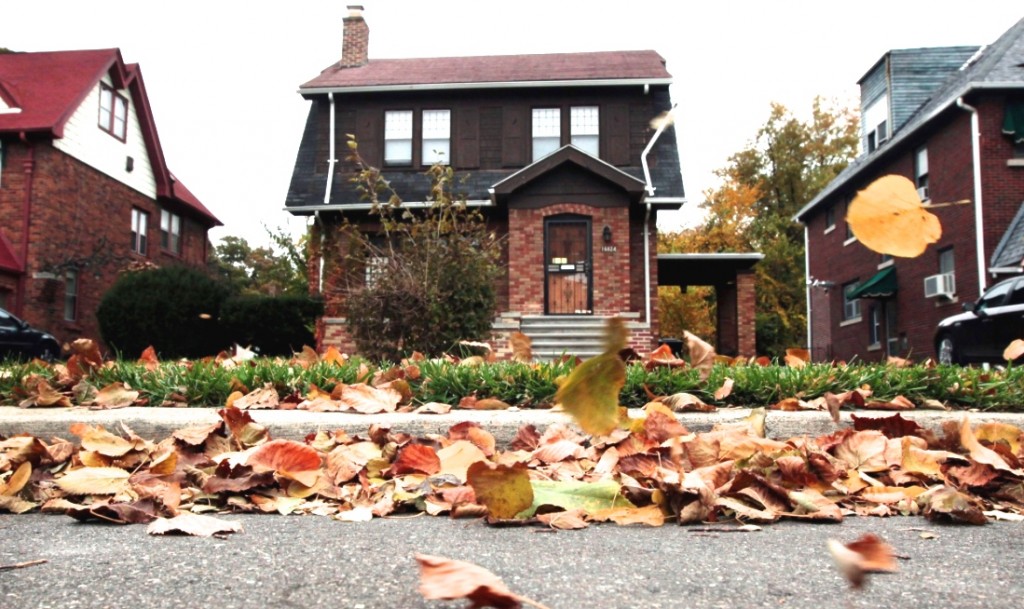 This fall in Detroit, a real estate spectacle is taking place as 25,000 properties across the city are being put on sale to the highest bidder. The Wayne County Tax Foreclosure auction is famous for bottom-barrel prices and the legendary sale of $500 houses. It can also serve as a real opportunity for Detroiters and outsiders alike to become property owners in the city. However, the online auction also resembles one big candy aisle where people make impulse buys on properties. The ease of buying at auction belies the difficulty of what comes next. Detroiters know: if it seems to good to be true, it is.

The most obvious challenge to purchasing houses in the tax foreclosure auction is the fact that most properties for sale are actively occupied homes. New owners are faced with the moral and practical costs of dealing with those residents. Few buyers take the time to communicate with the current residents of the homes they plan to buy in advance, so the interaction often begins when the deed has already been issued.

In years past, owners could participate in the auction to re-purchase their own homes and get out from under crushing debt. But a new Michigan state law now prohibits most owners from participating in the auction, rendering them sitting ducks. Some savvy auction buyers specifically target occupied properties for purchase because they are, presumably, in living condition whereas vacant houses are not.

Like the nearly 50% of auction buyers who purchase more than one house, many buyers never intend to occupy the properties themselves. Current residents may in this case be seen as a built-in cash source for owners who chose to rent to the residents or sell it for a tidy profit, but both of these options come with challenges.

For one, many auction buyers aren’t professional property managers and are unprepared for the legal and practical concerns of being a landlord. Further, residents in Detroit often don’t have the means to pay market rates for rent, and properties most often require significant repairs. The city’s “traditional” real estate market is also phenomenally cumbersome (in part due to repressed sales driven by the auction itself), making mortgages and title insurance hard to come by for prospective buyers – and no buyer other than the current residents will readily buy a house that is occupied.

That is why so many new owners chose to evict current residents sooner or later. There aren’t enough bailiffs in the state to handle the volumes of foreclosures, and DIY-evictions are recipes for disaster. Last year, two auction buyers were murdered in a conflict that arose as they attempted to take over possession of the home they had purchased.

Even if residents are evicted without issue, the home generally doesn’t remain in the state it was left in for long; within days or even hours of the property being vacated, it may be relieved of appliances, piping, electrical wiring and windowpanes by locals who bear no allegiance to the new neighbor. This is part of why there is an 80% correlation between foreclosure and blight in Detroit. The problem is so universal that there are actually PSA-style billboards across the city warning scrappers of the health hazards of asbestos.

Given the circumstances, buying only vacant properties is perhaps the most defensible way for a non-resident to participate in the tax foreclosure auction. Neighbors are more likely to welcome a newcomer who revives a ghost property that formerly threatened increased risk of fire, illegal activity and more blight. Success stories like these do happen, but they are the result of slow and deliberate work of only the very emotionally or financially dedicated. Resuscitating a home still comes with the perils of scrapping and de-habilitation, as most vacant houses are often in neighborhoods that don’t hold much appeal to the typical newcomer.

Some auction home buyers are speculators who have no intention of laboring over their new property, preferring to wait for rising tides of an emerging economy to do the heavy lifting for them. It’s not always that easy. The high annual property taxes combined with the city’s aggressive nuisance-abatement program can make any property hard to hang on to. Under Detroit’s program, landlords are fined for a range of offenses (that may or may not be the fault of the owner) ranging from unkempt lawns to illegal dumping and broken windows.

Call the Detroit Land Bank Authority and you’ll hear the automated message: “If you are calling regarding a seizure notice or a summons relating to your property, please press 1.” Addressing the legal suits often requires demolition of a structure, which is commonly a year-long, $10,0000 project. Failure to correct the transgression can lead to legal action resulting in government acquisition of the property.

Despite the fact that new properties come with a clean bill of sale and no outstanding debt, they exist on something other than a blank slate. That which can be purchased with the click of a button includes real properties that affects real lives. There are conscientious ways to participate in Detroit real estate – and the auction in particular – but buyer beware and buyer, be aware. The same forces that led to the mass foreclosures and easy acquisition can also make life difficult for even the most earnest property owner.