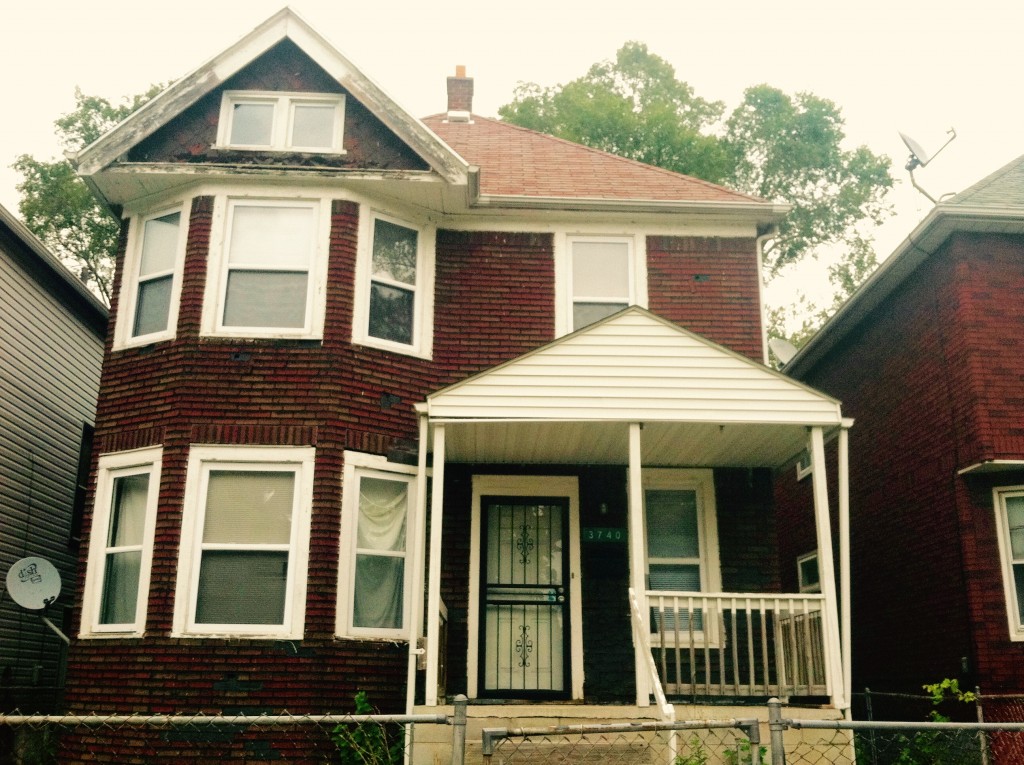 When The Tricycle Collective canvassed the neighborhood around the home of Arquesha* we visited the home of Ebay and Selena. They weren’t home at the time, but they got the note we left and, just by chance, Jackie came over the next day and they told her about the note. The home she rented, just a quarter mile down the street, was also in tax foreclosure and she didn’t know what to do about it. Both families enlisted with the United Community Housing Coalition and both families became a part of The Tricycle Collective. When the auction came, Selena and Ebay’s beautiful large home sold for $2,200 and they got the winning bid, but Jackie’s much smaller home, only a quarter mile down the street but close to the up-and-coming Indian Village neighborhood, sold for more than she could pay– $4,100.

Jackie didn’t want to leave: both her kids are thriving in school, they volunteer with MACC Development and her son is in the middle of his senior year but, Jackie didn’t think she had any options for staying here but, before she knew about the auction, Jackie was planning on visiting family in Cleveland for thanksgiving and never coming back. Now the auction has come and gone and she did not come out the winner, yet Jackie has decided to stay here in the Detroit, and she even managed to find a home in the neighborhood.

She’ll be staying with Ebay and Selena, in one of the homes that is now secure in part because of the work of The Tricycle Collective. It takes a village, and we’re so pleased to know that Jackie and her kids will be Detroiters for a little longer.