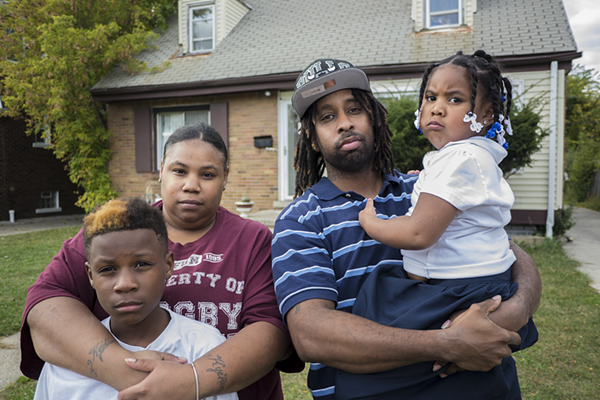 Read a masterful portrayal of the agonies of tax foreclosure, the insidious players behind it, and how, despite all that, sometimes it works out- here.

SHAKIYA ROBERTSON WAS STANDING on her front porch when a small maroon sedan heading west on East Outer Drive slowed to a crawl and parked in front of her home. A middle-aged man with blond hair and glasses got out and made his way toward her.

“Do you know this house is in the auction?” he asked.

“Do you want to stay here?” he pressed.

For the past six years Robertson, who lives with her husband Warren and their three kids — Ky’Shaun, 14, Kye’Ren, 11, and Kyi’Lei  4 — had called the cozy bungalow home. The answer to his question was, of course, “yes.”