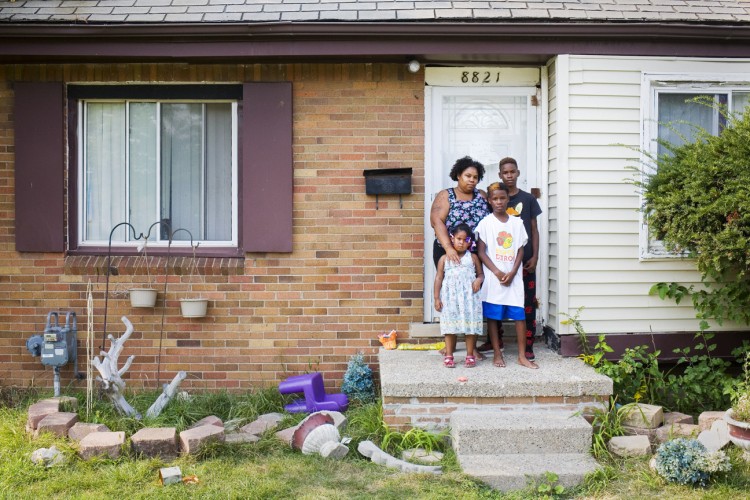 “It was like a dog chasing its tail, you’re running around in circles but you’re never getting to where you actually need to be.”
“To just pack up and leave… first and foremost we have nowhere to go”
“When we walked into that house, there was no windows, but two.  I’m not going to give up without a fight, because its mine.”
“For us to have to leave is going to crush me its going to devastate me.”
“…by any means necessary.”
https://vimeo.com/182865135

At last year’s “Home Is…” storytelling event, guest speakers from The Tricycle Collective shared their experiences of fighting for their homes through the tax foreclosure crisis. Shakiya and her family were the victims of a land contract scam starting with Paramount Land Holdings. Paramount was operating a Ponzi scheme and they went under, only to be replaced by another real estate company that accepted Shakiya’s money without paying taxes. The home went into foreclosure in the 2015 auction almost without her knowledge, but she wasn’t giving up without a fight. At the time of this event, the family was desperately trying everything they could to have that winning bid in the auction. Written story here (also from 2015).

More video testimonials from the “Home Is…” event: