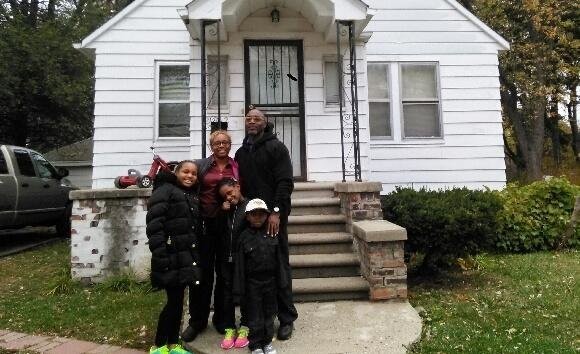 The work of The Tricycle Collective and the experiences of just of the families we are working with is covered in this piece by The Huffington Post.

DETROIT — Tynetta Sneed, 32, had been settled for years in a modest white bungalow, down the street from her mom and brother, when she got a notice saying that her house was going into foreclosure. Her landlord hadn’t paid taxes for the last two years, despite collecting her $550 each month. Like thousands of others in the city who had received similar notices, she worried about where her family would live, but unlike most she staved off eviction and became a first-time homeowner.

After spending most of the year struggling to find another apartment, the solution to Sneed’s problem practically landed in her lap in the form of a flyer left at her door in September. Advertised on the paper, charitable organization The Tricycle Collective promised renters the dream of home ownership.